WhatsApp is recently announced that they are adding a new fingerprints feature on WhatsApp. In this year only IOS User can use this feature. WhatsApp are giving you a extra security. You cant use WhatsApp even you unlock your phone lock.
This security is like extra level and you might see on your banking app.

This Update is Not Appear in all country and all WhatsApp app just yet. But when this feature is on then you if you want to use then WhatsApp says that’s if you want to able to toggle the extra security from the apps privacy settings menu. And there you can see the Fingerprints feature options and also you can set the timer of lock. And also if you don’t unlock the WhatsApp with fingerprint then you can’t see any message from notification. That’s are option is good for for every privacy.

We’ve known that the feature was coming to Android

As We know WhatsApp is bring this feature is only for IOS users but WhatsApp Says that option is coming for Android user. They just released the beta version for IOS Users. IOS users will get also Facelock on WhatsApp but I think Android User will not get The Facelock feature on WhatsApp. Because WhatsApp is not mention anywhere about Face lock feature in WhatsApp in the Announcement.

So i hope you get all information about This WhatsApp Fingerprint Feature. And also Surely tell us on commenting below. And if you think this Article is helpful for you then must share with your friends.

Thanks for taking out some time. 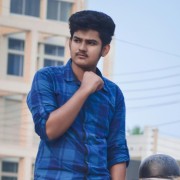